Hanging Up His Toolbelt: Dennis Sanderson

Hanging Up His Toolbelt: Dennis Sanderson 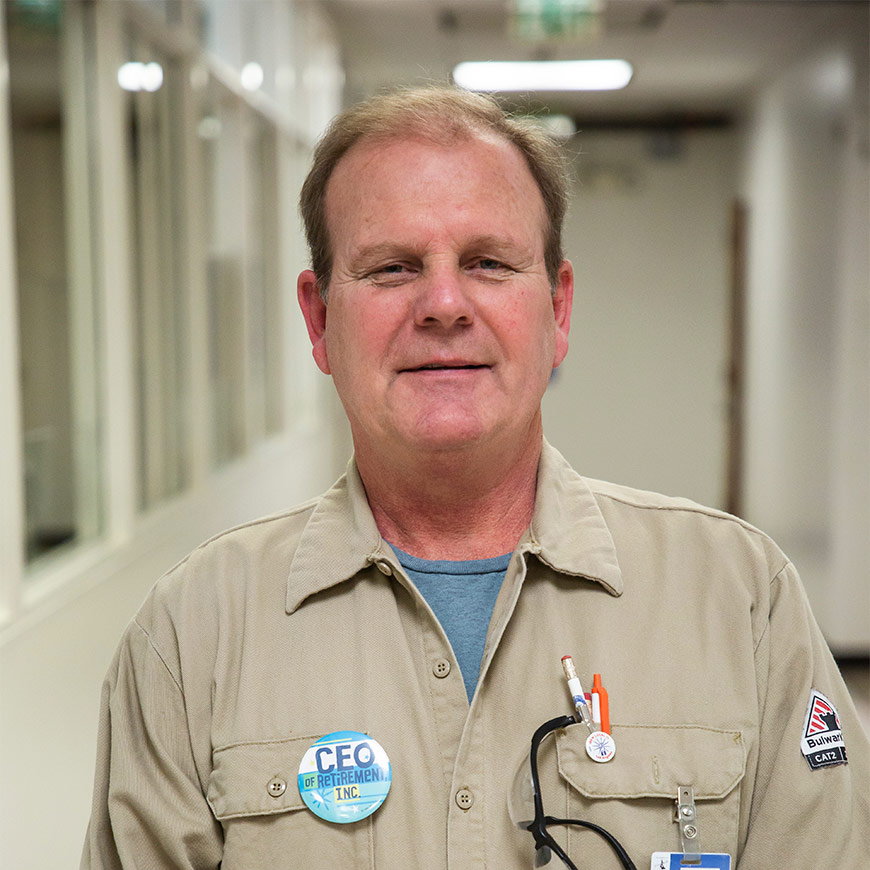 On his last day of work, Dennis Sanderson’s fellow electricians at City Hall marked the occasion with a lunchtime barbecue spread. But they didn’t need to go to such lengths.

“It’s a celebration sometimes every day here, and I’m not just saying that,” Sanderson said. “When we work hard and go home and have a good night’s sleep because you worked hard, that’s a good deal.”

After 34 years as an electrician and IBEW Local 11 member, Dennis Sanderson is stepping down, ready to build his retirement home with his wife.

The journeyman inside wireman will have the pride of knowing he worked on some notable projects, including Pacoima Dam and the Wilshire Grand Center, the tallest building west of the Mississippi River.

One job that stands out to Sanderson was a two-liter soda bottle factory he worked on 22 years ago, since he got to do that project with his father, who was an electrician for 55 years and also a Local 11 member.

His dad didn’t pressure Sanderson to become an electrician, but did tell him to consider it.

“And I did and it was a good fit,” he said. “There’s nothing else I would rather have done.”

Sanderson served as an officer for Local 11’s executive board for 15 years, and also spent 13 years as a trustee with the Electrical Training Institute (ETI). He sees his service as a way to give back to a union which has given so much to him.

He still remembers the first journeyman he trained under, Danny Stewart, who retired soon after. Sanderson was his last apprentice.

“He showed me the foundation of what we stand for,” Sanderson said, “that we teach each other and pay it forward, and instill that pride in all those to come after us and before.”