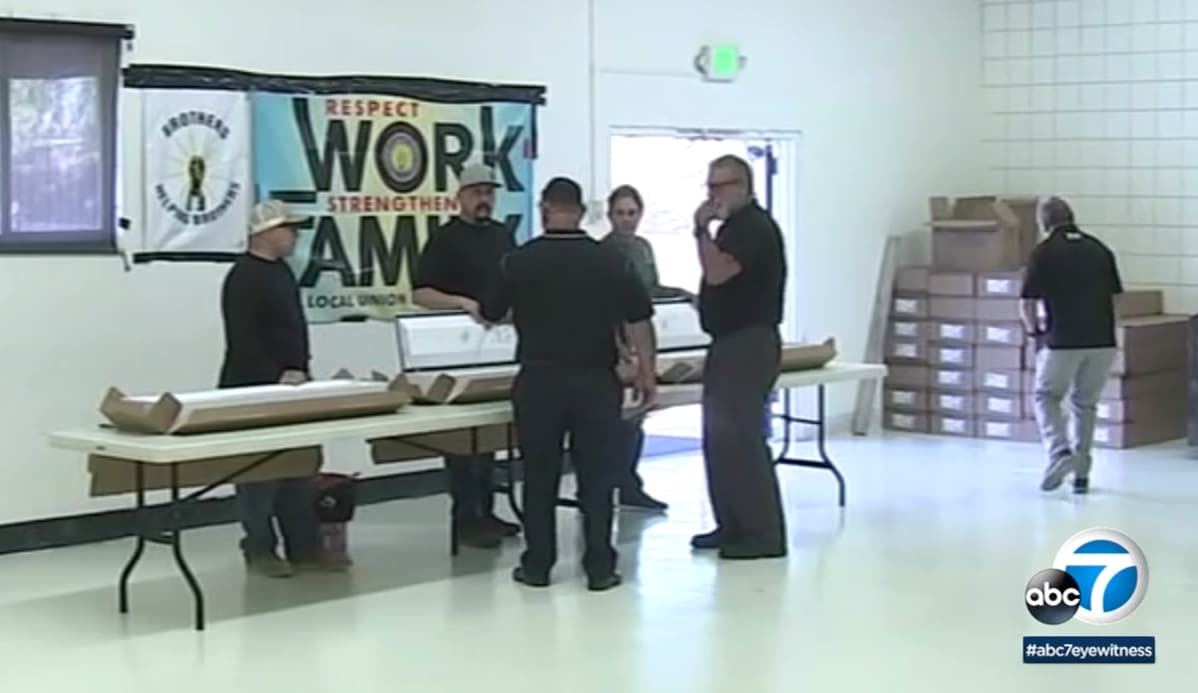 Special thanks to those involved with “Brothers Helping Brothers” who volunteered to perform labor for free and do a lighting retrofit project for the veterans at VFW Post 8070 on the evening of July 12th. Those members worked after their regular shift in the day and worked till 11 pm to get this project done.

ABC Channel 7 came out and filmed a short video highlighting IBEW 11 and “Brothers Helping Brothers” who updated the much needed lighting at the VFW. The video can been seen on ABC Channel 7 website under “SALUTES”.

Thanks to Morrow Meadows who help secure the donation of lights and Conti for supplying the scissor lifts used. group of members definitely show the Brotherhood at its best and how IBEW Local 11 is involved in giving back to community and veterans.

Thanks to these members for their participation: